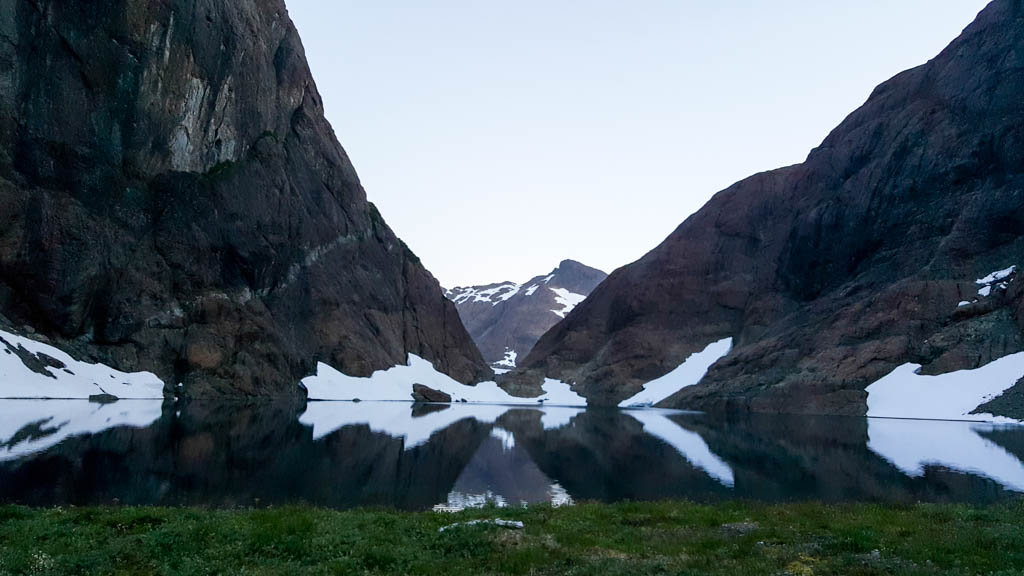 I was a bit apprehensive about signing up for my first year, as I wasn’t sure how it would all work. I wanted to share some of the basics for anyone else considering a similar venture.

This year, Summer Camp was in the Alva Bate Sanctuary. This is a remote area that is very difficult and time-consuming to hike to.

After a night of free camping beside a river, we woke up early to catch our sweet ride to the mountains.

(This is a video of the way home, but you get the picture…)

The whole trip was worth it, just for that experience. What you don’t see in this video is the tears streaming down my face from the overwhelming beauty of it all. (It’s happening right now, just thinking about it.)

We were the second week of Summer Camp, so the group that was there before had already set up all the group gear. This included these very comfy group tents for cooking and hanging out.

I picked a lakeside spot for my tent.

To give you a sense of the nice setup, we had a three burner propane stove, a refrigerator dug into the snow, toilets and a “shower.” Group helicopter camping: way better than car camping. 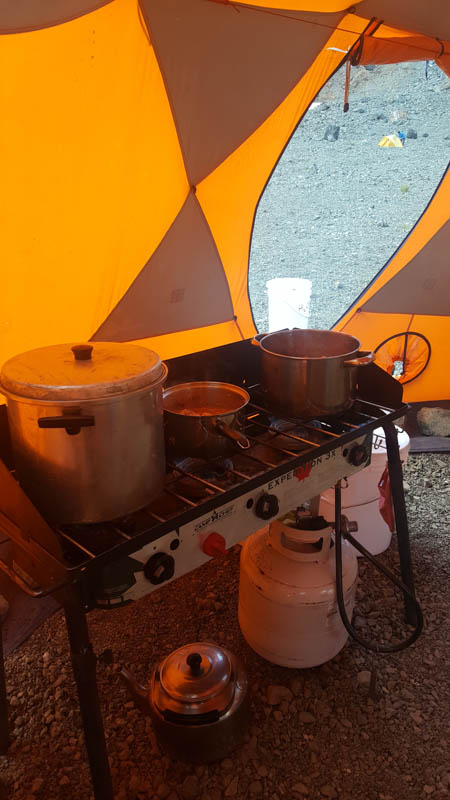 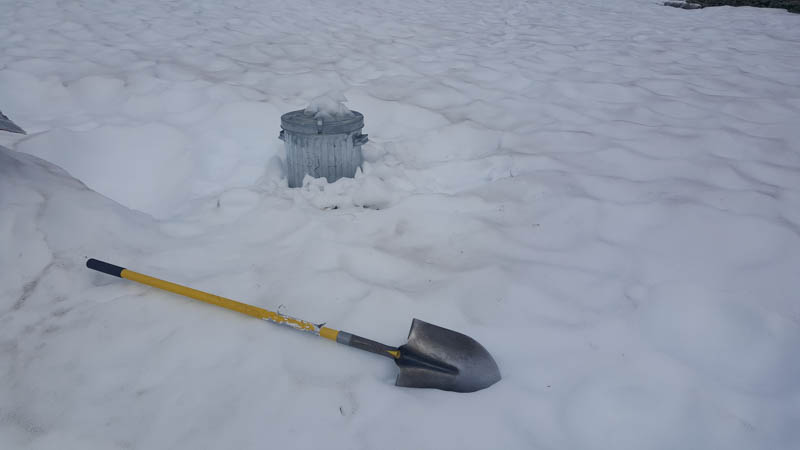 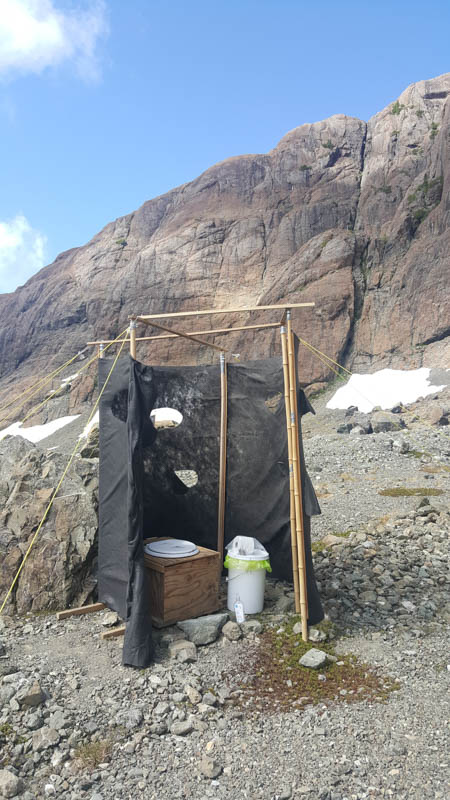 We were on our own for breakfast and lunch. For dinner, we took turns cooking dinner for the group.

I had heard it was a bit of unofficial contest, so Al and I prepared a delicious fish curry with a side salad & chocolate for desert. Better than I eat at home.

I was dazzled by all the energy and care that went into everyone’s dishes: vegan tiramisu, garden vegetables, yogurt and foraged berries, moonshine … to name a few. 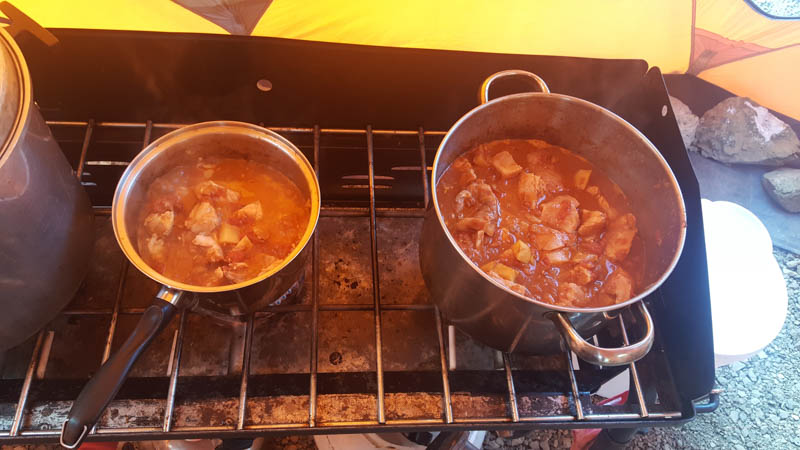 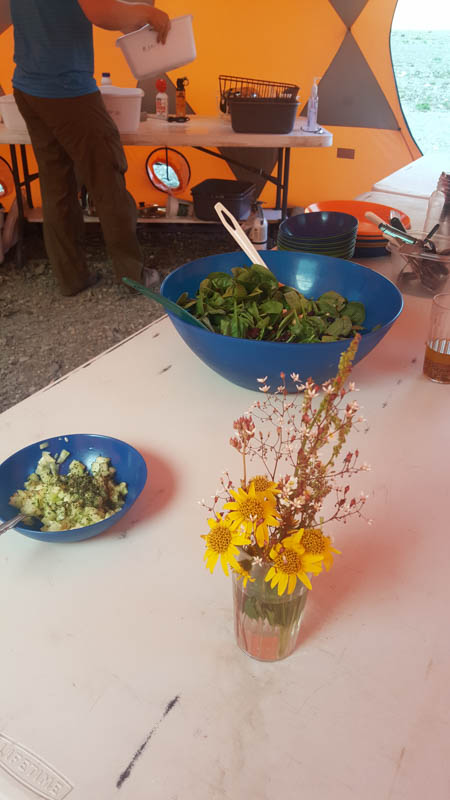 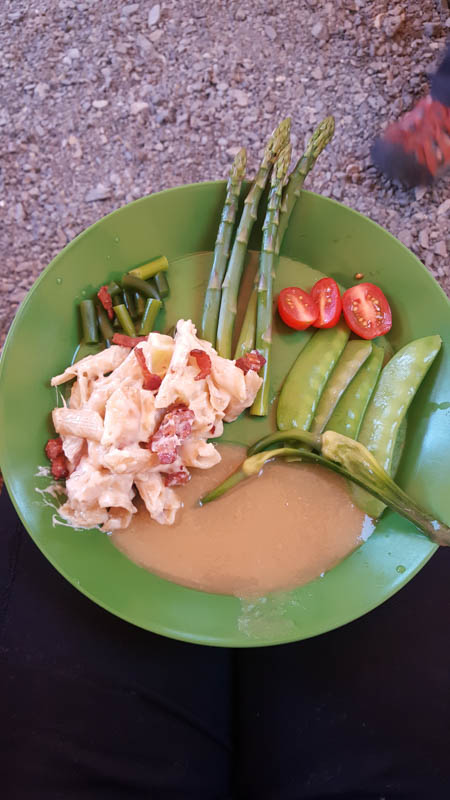 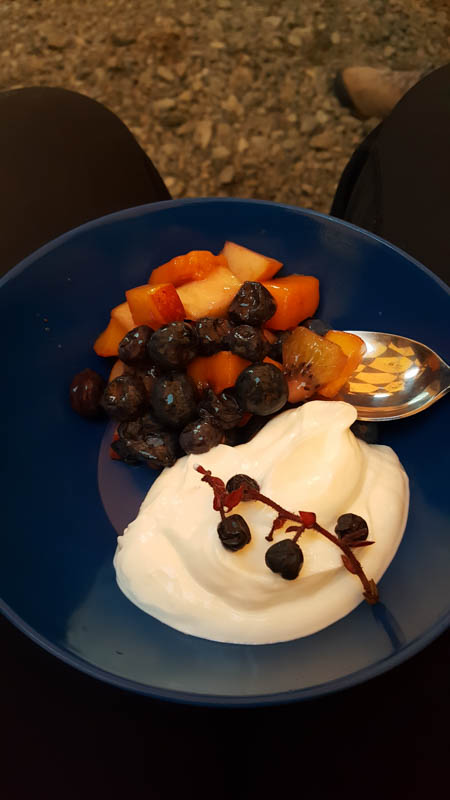 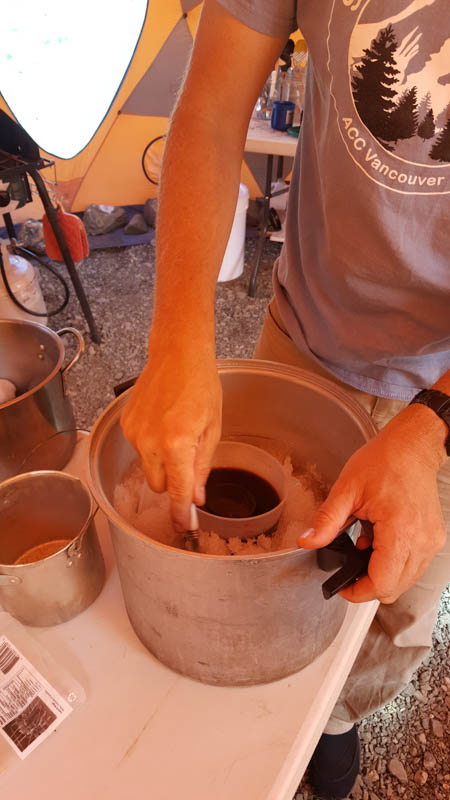 Cooling the espresso for the tiramisu 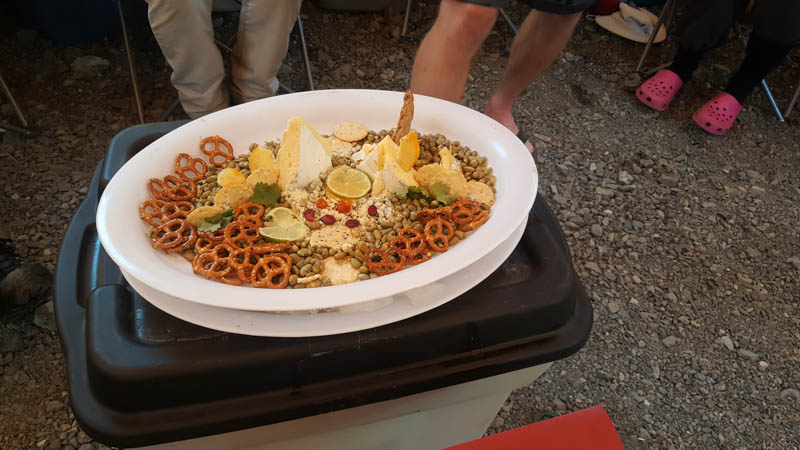 Cheese and pretzel sculpture of the mountains in the area

We also had a nearby area that we called The Spa. It was a large tarn downstream from our drinking water source that we used for swimming at the end of the day.

It was fed with freshly melting snow.

No sand on this beach.

Each morning at breakfast, everyone decided where they wanted to go that day. The trips on Summer Camp are peer-led (as opposed to being led by professional guides).

People usually broke into 3 or 4 groups. Some did more hiking, others tackled the peaks which required climbing experience.

I seriously injured my back in January while training. I am still recovering. The injury impacts my ability to hike and climb. Although it’s been slowly getting better, I have been in almost constant pain for 8 months.

I almost decided not to go on Summer Camp, as I felt like it would be so depressing watch everyone go off to do amazing things.

I finally decided that I’d rather be in pain in the mountains than in pain at home. So off I went.

The first day, I went with a small group seeing if we could get around the west side of the lake.

I had a helmet on my head and an ice axe in my hand, so I decided everything was OK.

Can you see the little blue and red dots high up on the wall? This is the point where I decided to stop on the west side of the lake.

The next day, I was exhausted and in pain.  I took as a rest day. I coordinated the group radio check-ins that happened every 2 hours. I read. I slept. I hang out in the spa watching for people to come back into camp. Incredibly restful and enjoyable.

After my rest day, it was time for another mini-adventure. I went up the Lifeline Couloir with a big group. This was the start of most of the climbs in the area.

It was gorgeous to see everything from up on the ridge.

I stayed with the group for an hour before deciding my back had enough.

I scampered back down to camp by myself (with a radio).  My first time doing snow travel solo. Which was a good thing, as I was slow.

After another beautiful rest day alone in camp, I was ready to venture out again.  Dennis and I decided to see if the east side of the lake would go.

The snow looked fine, but some of the rock looked tricky.  We scrambled over without a rope or gear … and it went!

A small part of the rock climbing was the most difficult terrain I’ve climbed without a rope, with serious consequences if I fell. I felt very much in control and safe as one can be doing such a thing. It was exhilarating! Addicting!

The whole traverse took about an hour, so I was tired. I rested.

It was nearly impossible to take a photo without a mosquito in it, like the one on my right leg.

Dennis sat off on his own with a better view of our friends who were just now coming down from Mt. Alava.

We hung out for 2 hours watching our friends slowly make their way towards us. Two of the crew joined us on our new route back to camp.

Here are some photos of another group doing the traverse the next day.

The start of the climbing section.

I thought that traverse was going to be the most exciting thing that happened to me all week.  But I was quite wrong.

After another rest day, Dennis and I climbed a new 90-meter route up on the nearby ridge. We wrote all about that in another post.

@dennishollingshead1890 and I climbed a previously unclimbed trad route on Saturday. Here's the view from the second pitch, about 85 meters up. I had just popped up over that ledge after 2.5 hours of belaying and climbing. It was both of our first times exploring like this… just looking at the mountain and starting up a line with no idea what was up there. Lucky for us, we found a route down too. 😉

Now THAT was one of the coolest days in the mountains I’ve ever had.

Even beats the helicopter.

The last day, we got to check out a little bouldering while waiting for the helicopter to appear.

Getting out the door

Before this trip, I was feeling depressed. Despite doing physical therapy every day and seeking the assistance of various professional healers, it seemed like my pain was just going to go on forever.

This trip lifted me out of a serious mental slump. And all the exercise, rest and good company seem to have helped not just my mood, but my back too. Pain-free two weeks now.

I am not arguing everyone with back pain go do something like this. What worked for me could be very bad for you. But sometimes, just getting out the door and doing something you love … even a little bit… is the hardest and best thing to do.

It was a beautiful week in the mountains with such a warm, supportive crew! I was the youngest (at 33) and the oldest was 79. Some of us had decades of climbing and mountaineering experience and some of us were just starting out.

Can’t wait until next time.