LGBTQ+ Outdoors: How little I knew a year ago

Last year, I was feeling good about my mountaineering accomplishments. And with my work getting more women out climbing and on trips with the Alpine Club of Canada.

But as someone who doesn’t even feel like a woman half the time, I was sorely missing queer community. I am not the kind of person who loves going out drinking or dancing, which is how a lot of queer community seems to be organized.

I am giant nerd who eats a vegetarian dinner. Goes to bed early. And wants to get up before sunrise and scramble up a mountain. 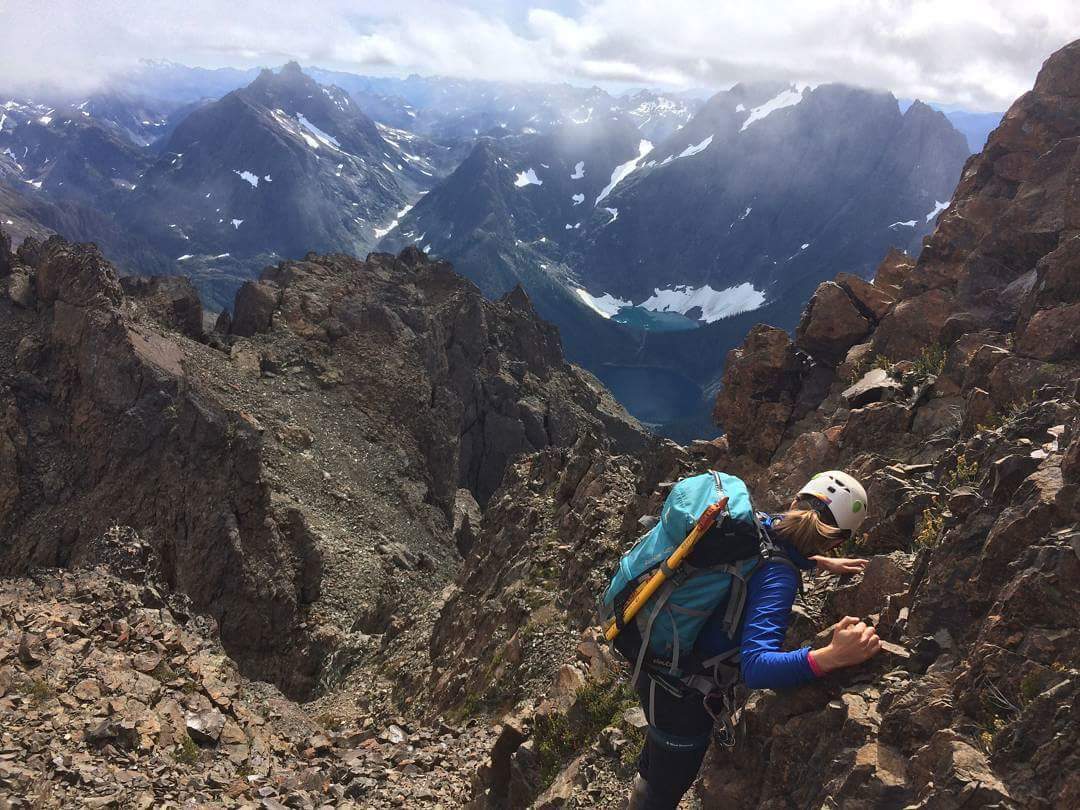 I asked around and searched online. And there didn’t seem to much out there for queers who love the outdoors. I wasn’t sure why. I asked my friends and some said it didn’t matter. They didn’t think about their sexual orientation or gender outside.

But I couldn’t shake that desire. My initial thought was that I wanted to find some queer folks who liked hiking. Nudge people along in the direction of mountaineering. Do some backpacking and climbing. Get them into a crevasse rescue class. Before you know it, we’d be up a mountain. Easy stuff.

One year later, all I have to say is how naive I was.

You know when you are hiking towards a summit, when it appears really close? Like you could just zip up there in 10 minutes? But then it actually takes you the rest of the day. You had no idea how steep the wall would be. Or how exposed. That’s the type of the mountain I’m climbing. 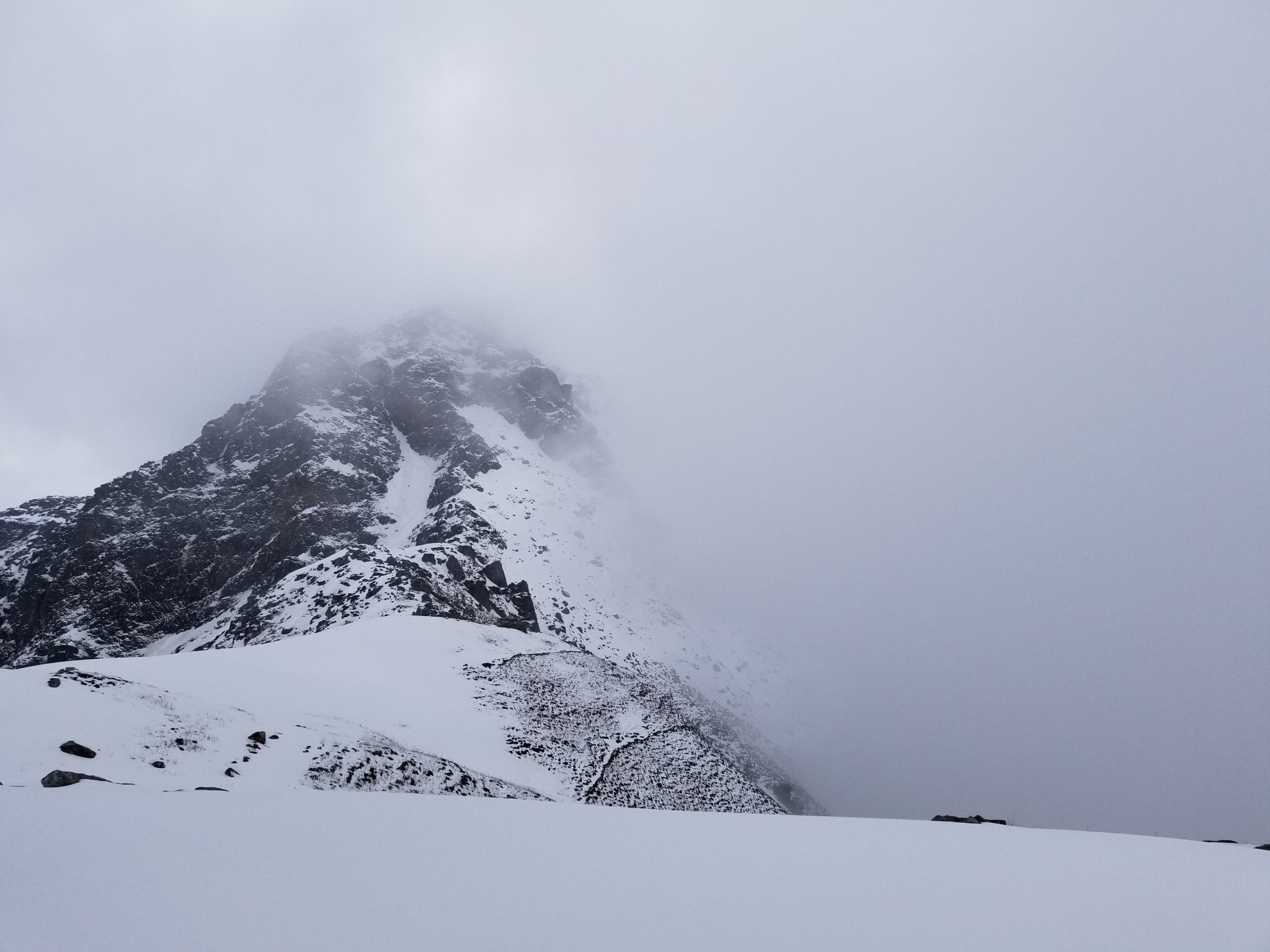 A year ago, I started with an online survey for queer folks. I asked if anyone wanted to do outdoorsy stuff together and what kinds of stuff they wanted to do.

When I shared my survey in my mountaineering communities, it attracted a level of online hate and harassment that I have NEVER experienced before.

Luckily, my many of straight, male climbing friends defended me online so I didn’t have to engage. This support from my friends is probably the only thing that kept me from giving up. (Thank you, allies!) But it really shook me. I took almost two weeks off of social engagements after that incident, I was so emotionally exhausted.

Eventually, I got back at it. I created a Facebook group. It now has 550 people. I’ve gone on a number of hikes that have been organized in this group. I’ve see photos from cycling trips. There is a weekly dog park meetup. And the climbing! All the beautiful climbing queers!

Our local climbing gym, Crag X, has been incredibly supportive. I feel so lucky to be one of their sponsored athletes. Although I am appreciate the financial support, I am most grateful for what the sponsorship symbolizes. They they recognize my community outreach as real work. Not just in the queer community, but welcoming all kinds of new climbers.

Crag X has helped me to organize two discounted climbing lessons for queer/trans folks. They sold out in days. We’re already planning the next one. I’m also doing a monthly climbing meetup at Crag X. Every time I go to the gym, I see people I recognize from these events.

And now that I’ve been doing it for a year, my heart understands why. Climbing and hiking with fellow queer folks lifts up my spirits. I can be so fully myself. Not just my outdoorsy self. But my queer self. At the same time! I can relax parts of myself I didn’t know I was holding. It makes me feel like I have sunshine beaming out of my heart. 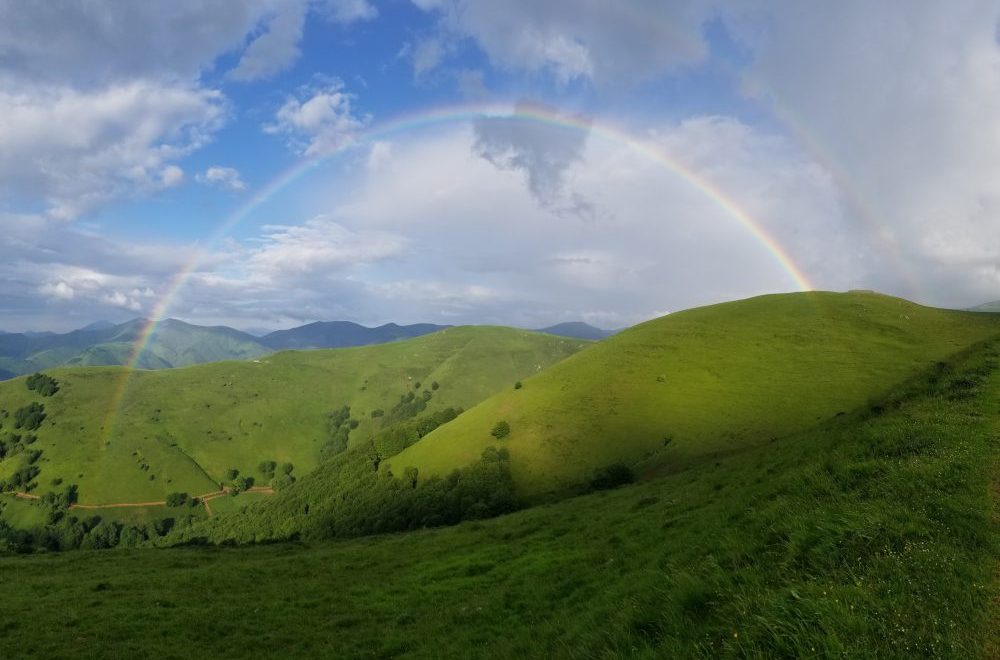 Trying to get queers into my mountaineering community has been a completely different experience. One that zaps the life out of me sometimes.

Some straight people are very supportive. Most of them don’t care at all, one way or the other. And a few are not supportive. They sure let me know.

And to be clear, the critical comments did not end with that Facebook post a year ago. They are ongoing. They are said to my face. And I’m sure they are said behind my back, too.

The worst part might be when other people, unaffected people, don’t respond on my behalf. I get it. Homophobia and transphobia is scary. I don’t want to deal with it either. But I explain myself, over and over again. Always patiently and smilingly. This emotional labour is devestatingly difficult.

These negative comments take absolutely no energy from the people saying them. They might even think they are being innocently curious or “helpful.” But all these little comments wear me down.

Like water flowing over a rock. If it’s a constant and steady flow, even the strongest start to erode. 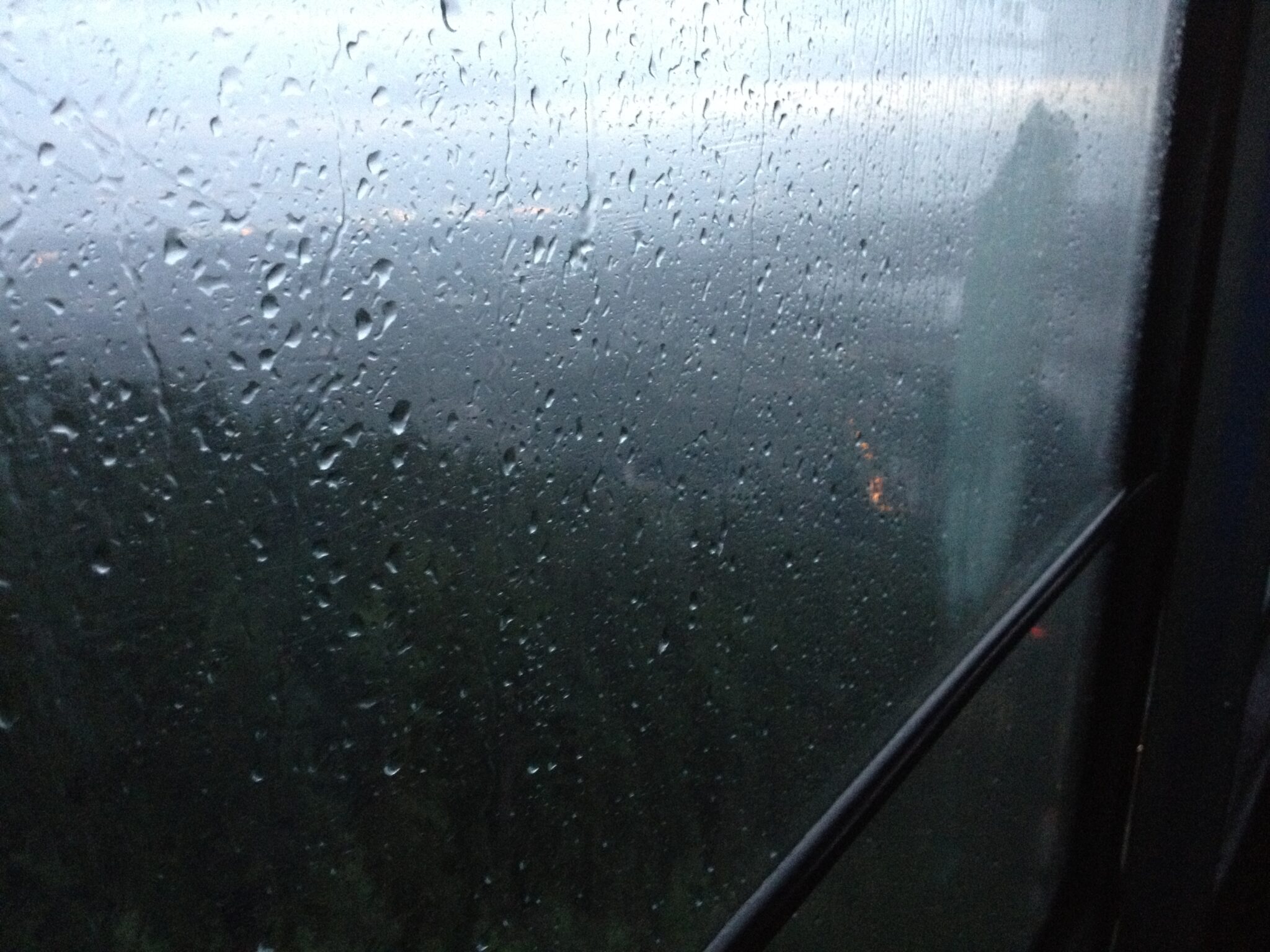 I went climbing with a friend this weekend. She is about a decade and a half younger than me. I met her when she was just learning to climb. I was the trip leader on one of her first outdoor climbing trips, a women’s only trip with the Alpine Club of Canada.

She and her friend are one of the only women-only pairs I see lead climbing regularly in the gym. And they climb hard routes and take big falls. Watching them climb gives me that sunshine feeling in my heart, too.

I talked to her about everything I wrote in this post. And I asked her for advice. And she told about a class she was taking at university. Where they were learning how to take concrete steps towards social action.

Sometimes you have a vision, but it’s too big to tackle all at once. You have to come up with some smaller goals that are actually achievable. And to keep doing the easy stuff, the stuff that gives you life. 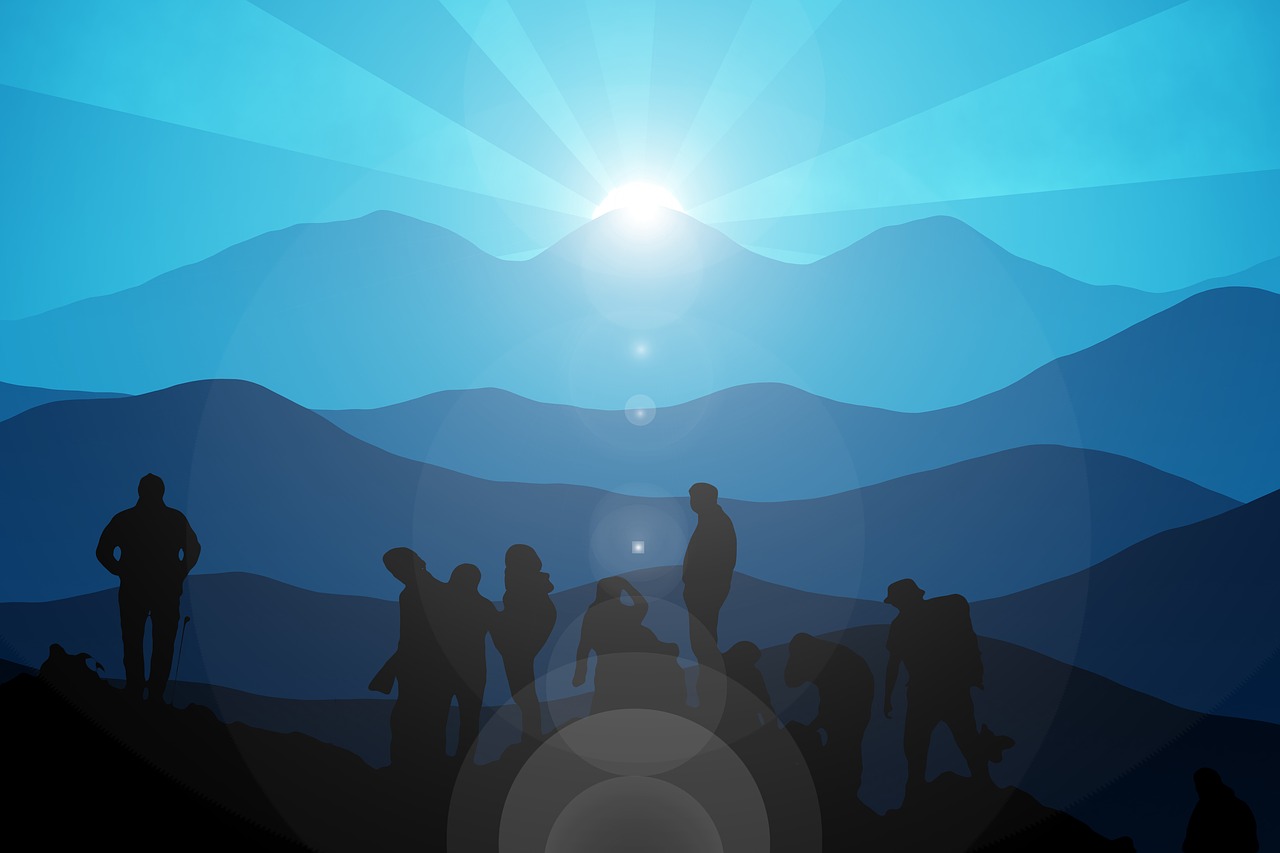 A wise mountain guide once told me how he felt about the people coming up after him. People who climbing harder stuff than he ever dreamed of. And in different ways too.

He said, “If you aren’t doing better than us, than we’ve failed you.”

I hope we can all keep holding space for each other. It’s scary and hard work. But I think it’s worth it.

Your efforts don’t go unnoticed. I appreciate the effort, and the emotional heavy lifting, that it must take to create a developing community– especially in the face of phobic attitudes. When it comes to people that say things behind your back, sometimes those comments are applauding your efforts and mutual head-shaking around the people that don’t get it. You should also know that sometimes the people that don’t stick their necks out in a large online community, are sticking it out in their personal interactions with friends. I’ve seen it, and heard it.
Lofty goals are a double edged sword. On the one hand they can provide motivation toward a goal but when the movement seems too slow they can be discouraging. Like moving toward that summit that seems “right there”, it’s important to site objects in the foreground and move toward those, and to take time to count your steps before you take your next inventory.