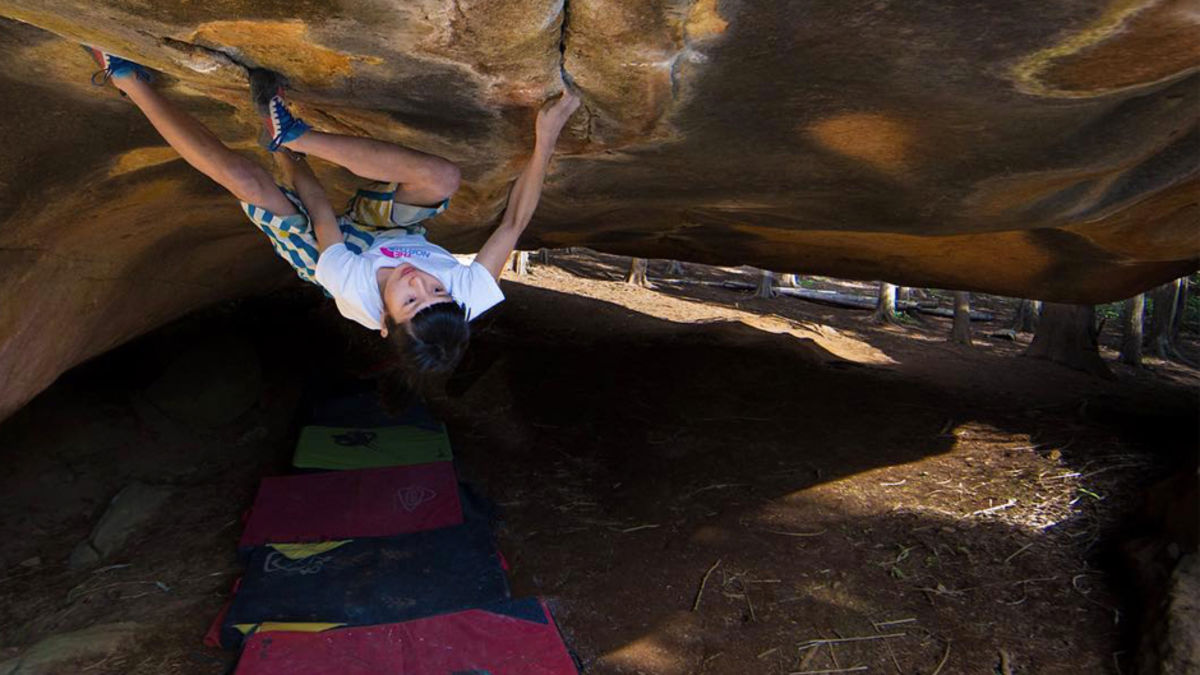 We live in a sexist world. Rock climbing is better than most sports, but does not get a free pass.

This post is for everyone who thinks we can do better.

For leaders in the rock climbing community

1. Choose route names that are respectful

I recently climbed in Red Rock, where one of the walls with easier routes was called the name “Panty Wall.”  This site has a compilation of “politically incorrect” routes in Joshua Tree, such as “Hairy Taco”, “Chick’s with Dicks”, “Limp Wristed Faggot.” This article from Alpinist magazine discussed other offensive names such as “Chinaman’s Peak” and “Hitler and the Third Reich.” If you’ve ever flipped through a guidebook you know what I am talking about.

The general consensus from what I read online is that we need to “lighten up.” This stuff is just supposed to be a joke. However, it’s not funny at all.  It perpetuates violence and oppression that are part of our wider culture.

As the person who compiled one of these lists said, “Don’t count on the knuckleheads who name climbs to grow up; it aint’ gonna happen.” Probably very true. But all of us will climb them. Don’t use these hateful names with your friends. Call them out for what they are — sexist, homophobic, transphobic, racist.

I am lucky enough to have a gym that hosts women-only climbing lessons twice a month.  Being taught by female instructors in groups full of other women has had such a positive experience on me.  Not only am I learning great technique in a safe environment, I am getting to know all the other women in my gym which makes it easier to try difficult stuff any day of the week. Vancouver also has a queer climbing club that hosts regular events. Things like this make it easier for more people to feel comfortable trying something new or connecting with others.

3. Don’t make jokes at our expense.

I recently saw this joke flow chart go by on Facebook, asking the question “Is there a cute girl at the climbing gym?” It asks the question “Is she looking at you?” and then suggests escalating ways for guys to get her attention, such as taking your shirt off, bragging about how hard you climb, grunting, name dropping, etc.

The conclusion is that if she is not looking at you, then she’s not into climbers.  The comments I read on about this chart added that perhaps instead of not being into climbers, she was just dragged along with her climbing boyfriend. Or is god forbid, a lesbian!

I know this is supposed to be just a joke, but their intentions do not actually matter. The reason this joke “works” is because we live in a culture where we commonly describe women in their relationship to men. We are at the gym to look sexy for men, or to be asked out by men, or we are there because our boyfriends dragged us.

It’s not that this chart and the comments are not so bad itself, but it’s just one more thing than reminds women they are lesser-than. Sometimes this is called a microagression:

While a few microaggressions may seem insignificant when taken in isolation, the steady chorus of them that people in marginalized groups experience every day forms an unmistakable patchwork of othering and marginalization. They send a distinct message that you are not “normal”; that you are lesser-than.

Call your friends out when they make jokes at women or other groups’ expense. Comment on this stuff when you see it go by in social media.  There are a lot better ways to be funny.

4. Don’t hit on strangers at the gym.

This may be a surprise to some, but we are at the gym to climb! It’s not a bar. It’s not Tinder. Your long stares, following us around the gym, attempts at showing off — it’s not usually flattering.  It’s at best, annoying. And at worst, creepy.

Some of us may be looking to connect with a fellow climber, but this doesn’t mean that every unaccompanied woman longing for your invite.

One of the best parts of climbing is the community, so don’t be afraid about pursuing friendship with women.  We might be a bit cautious (see #3 and #4), but if it becomes clear that you are not creepy and we get along as friends — then things will be smooth sailing.

For our climbing partners:

Let us figure out our own beta, unless we ask for help.

Projecting a route takes a lot of time. You have to try new things, rest, try it another way. It’s sometimes hard to feel entitled take up that much of your belay partner’s time.  Negative self-talk can also creep in, where you are starting to feel embarrassed or like you will never be able to do this type of problem/grade. Don’t let your friends give up too easily.

These are some of the tips I’ve been learning at the women-only lessons. They are good for anyone who wants to work on their confidence, no matter your gender, but I think they are especially relevant to many women.

8. Don’t be afraid to try things that scare you

I often hear other female climbers (myself included) spending a lot of energy talking about what they can’t climb and why.

Instead of the negative self-talk, try things you think are going to be really hard.  Try a route harder than you’ve ever tried. Try a route with giant slopers or a big overhang. You might be surprised at how well you do or how much fun something is.

9. Don’t be afraid to look ridiculous. (Better yet, don’t think of it as ridiculous.)

I often see guys projecting really harder boulder problems, doing the same moves over and over.  They keep falling off, but maybe by the end of the session they can do a few more moves or even send it. Yet, when I apply this to myself, I feel embarrassed when I can’t just flash a much easier problem.

Try to remember that falling is a sign of you pushing yourself. It is not something to be embarrassed about.

I am a shorter than most people, especially the people who set routes.  I often can just barely touch a hold that I see other people reach and grab with ease. We are, for the most part, stuck with what we were born with. It doesn’t serve us to be overly critical of our bodies. Try to recognize your limitations and play to your strengths instead.

I also try to feel inspired by the young, female climbers who are among the best in the world — while still being under five feet tall. If an 10-year-old can get up a 5.14a, maybe I can figure out my route too.

Regaining confidence after an injury

This is great! I myself don’t climb, but I experience a lot of micro-aggressive behaviour in other sports I play. This was a great read!