One evening in July a few years ago, I came close to walking into what I thought was a large black dog.  It was dusk on a the beach on the Juan de Fuca trail, a few hour drive out of the city.  Many people were still up, eating from coolers.  Letting their dogs romp off leash.  It was an idyllic west coast camping scene.

Within a few seconds, I realized the animal I had stumbled upon was not a domesticated animal.

This was a baby bear.

Being the east coast native that I am, I ran screaming in the opposite direction.  The bear continued leisurely picking over the kelp, enjoying a sea lice snack … paying me no mind.

This was the fifth bear I had seen that summer, one of my first hiking on the west coast.  I started expecting to see a bear every time I left the city.  I was bearanoid, and not totally without cause.

Vancouver Island has one of the highest black bear densities in all of North America.

The next summer, I connected with a new hiking buddy.  She had no fear about bears, so the responsibility fell on me alone to be bearanoid.

One of our first hikes together, we were off into the Sooke wilderness with no other people or trail signs in site.  I knew it was only going to be a matter of time until I stumbled into another bear. And with that in mind, of course I did. 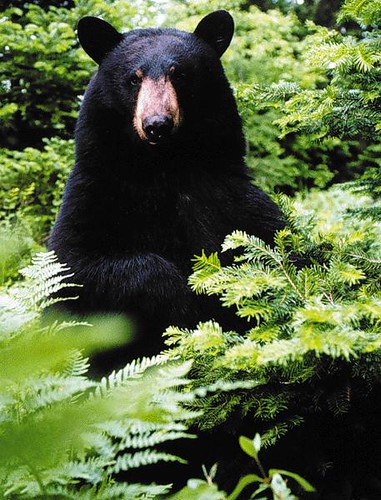 After a four hour hike up beautiful Sugar Loaf, we had made it back to the car in one peace.  I was digging around in my backpack for some nutritious hiking fuel (probably chocolate or beef jerky) still outside of the car. We were parked in a community mailbox area off the side of the highway, near some dense trees.

All the sudden, I heard a loud noise a few feet away from me.  Something large and black rushing towards us.  I started screaming “Beeeeeaaaar!” and yanking on the car handle, which was of course locked.  I was pretty sure we were going to die.  I was going to be eaten by a bear.

My hiking buddy, being the calm, cool and collected person that she is, didn’t move.  She just sort of squinted, standing there calmly.

We had parked next to some farmland that still had quite a lot of trees.  I had stumbled across one of the first and only horse-bear.  And it’s cute little squishy tail had scared the beef jerky out of me.

Best waterfalls near Victoria, BC

Thanks for the blog it was very helpful, I have hiked all but Sugarloaf.
Always knew there must be some trails in that area with the cars parked on the side of the road, but at 80kms it was hard to see an entrance.
Keep up the post.
Cheers