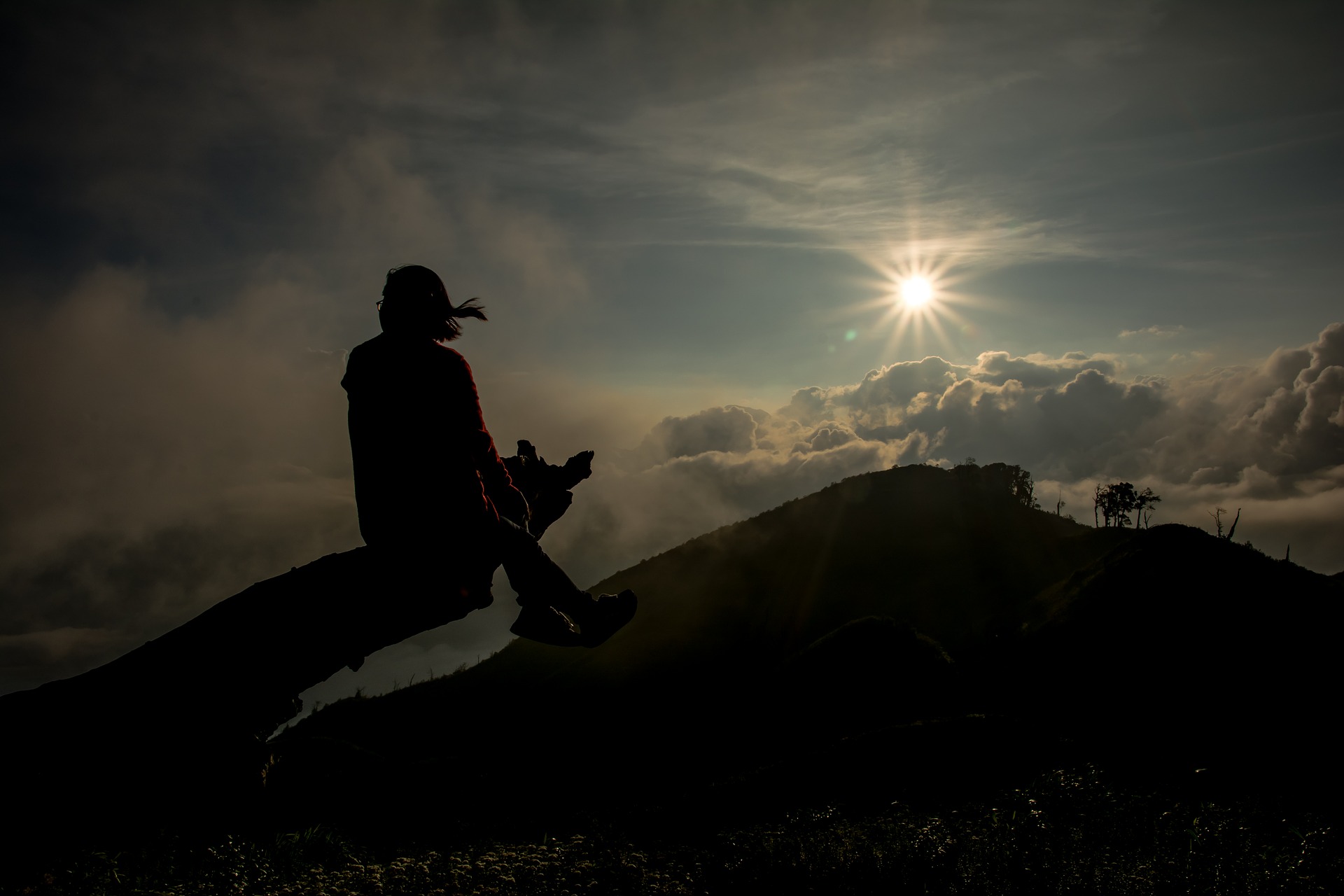 Next spring, I am heading off on a 5-month trip to South Asia. I’m writing a series of posts sharing my (increasingly emotional!) reflections as I get ready to go. I also want to hear stories and advice from you, my fellow adventurers. This week’s theme: inspiration.

What inspired me to go on this trip

I got married really young. We bought a house that was too big and too expensive. We adopted two large dogs and a cat and chickens. Her mother moved in with us. Most of the time, I was the only one working full-time.

I thought we had money problems when we were married. But getting divorced showed me that it could get much worse. 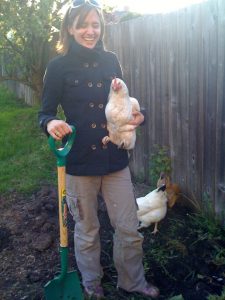 Me at age 25. Probably the most grown-up I will ever be.

Once I was on my own again, I lived very simply. I had roommates. My friends gave me furniture they had planned to get rid of. I ate vegetarian food. I took the bus. I felt really grateful that my ex insisted on keeping all of our pets.

And I aggressively paid down my debts.

After some time, I moved into an apartment of my own. I bought an old car. But mostly, I kept saving long after the debt was gone. I realize this is not something everyone has the ability to do, but I could. And I did.

I was saving for something big, even though I wasn’t sure what it was yet. I spent my 20s taking care of other people and animals and lawn. I knew I wanted to do something else in my 30s. 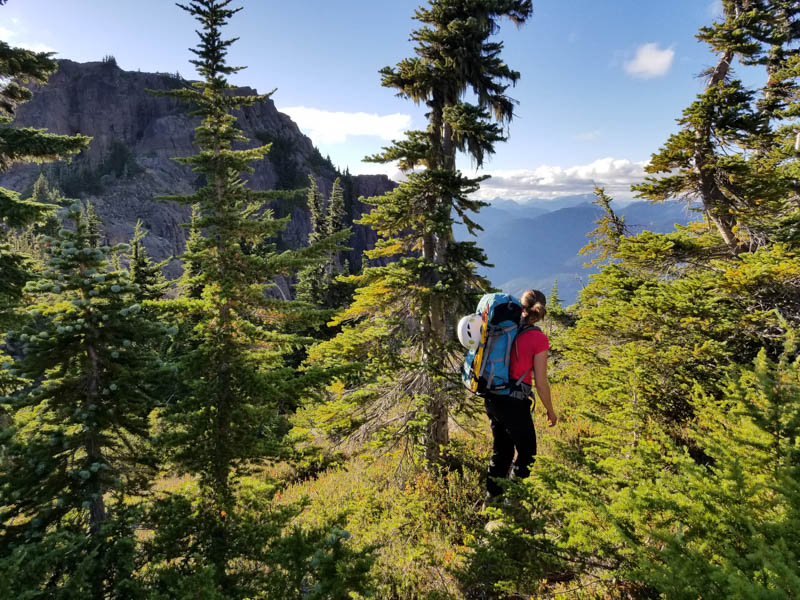 Traded up from a house with a yard to this.

Sometimes I dreamed of buying a truck that I could sleep in. I’d go hiking in the Rockies in the summer and climbing in the desert in the winter.

Other times, I fantasized about taking a long outdoor leadership course and then becoming a guide. (Seriously hurting my back last year relieved me of that particular fantasy.)

In the meantime, I accidentally fell in love with my life here: my partner, my job, climbing on Vancouver Island, and the wonderful communities I am a part of. I got way more comfortable at home.

Then in July, my car died unexpectedly while we were driving home from a rock climbing trip in the United States. (Actually, it was not totally unexpected. It was not a very good car and I was not very nice to it.) We eventually got back home, but my car did not. 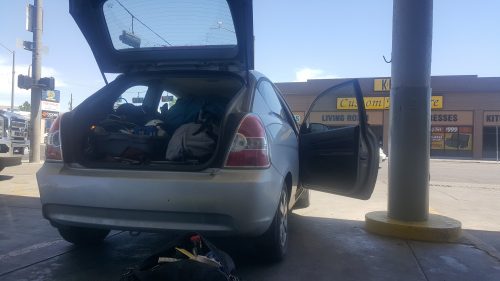 Apparently there are consequences for driving your little car on logging roads and getting oil changes at Jiffy Lube.

I had a decision to make. Was I going to be a proper grown-up and get a real car that could get me into the mountains? Or was it time to do something else?

This wasn’t just about the car. Buying a new car meant tying myself a particular lifestyle for the foreseeable future.

And I was not ready to do that.

So, I worked up the courage to ask for an unpaid 5-month leave from work.

And they said yes!!! I am so thrilled and grateful and excited and terrified.

My daydreams always involved me traveling alone. But as I’ve learned, the best part of traveling is the people you meet along the way.

I going to Nepal first. I plan on doing trekking and maybe some mountaineering. I will need to connect with people before I leave, or once I am there.

Then I’m heading off to India, but not alone. I am planning to meet up with Arpita again, who I met traveling earlier this year. I just love spending time with her. She’s hilarious, she’s a good listener, she refuses to let me play American Top 40 music. And she drags me off to spectacular corners of India that I’d never go to on my own.

And then after that, who knows? 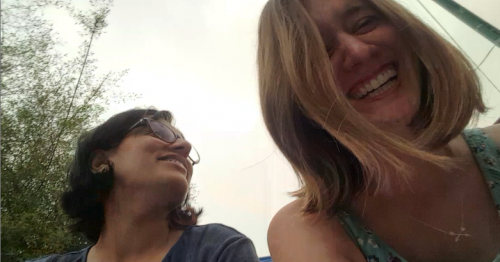 When I started saving six years ago, I would have never in my wildest dreams imagined this would be my plan.

I have a feeling this whole trip is going to keep surprising me.

How about you: What inspired your last big adventure?

“Big adventure” is totally subjective. It your first road trip or a year around the world. I think the feelings and motivations can be the same. But I’d love to hear what inspired you!

Sounds like an adventure, for sure! I just got back from 5 weeks in Nepal. Have you been there before? Do you have any fixed plans? You don’t want to be there in the summer months (unless you like warm, heavy rain and leeches).

I’ll be there in April! I’ve heard about the leeches and they sound horrible.

Where in Nepal did you go? Any advice?

Most of our time there is spent doing humanitarian work in Kathmandu, Pokhara, East Nepal and remote villages in between (this was our third trip in four years). We’ve trekked in the Annapurna Sanctuary but know lots of people who have trekked elsewhere. Annapurna is pretty safe solo but don’t recommend solo anywhere else (based on advice from locals). In the spring you’ll see the rhodo forests in full bloom. But leeches are a good possibility too. A Nepali friend I hiked with a few weeks ago showed me a plant they carry around during leech season that they just rub onto the leech and it quickly releases but I can’t remember the name. 🙂 It’s a beautiful and diverse country with lovely people, rich culture, and amazing food but has lots of big struggles and problems too.