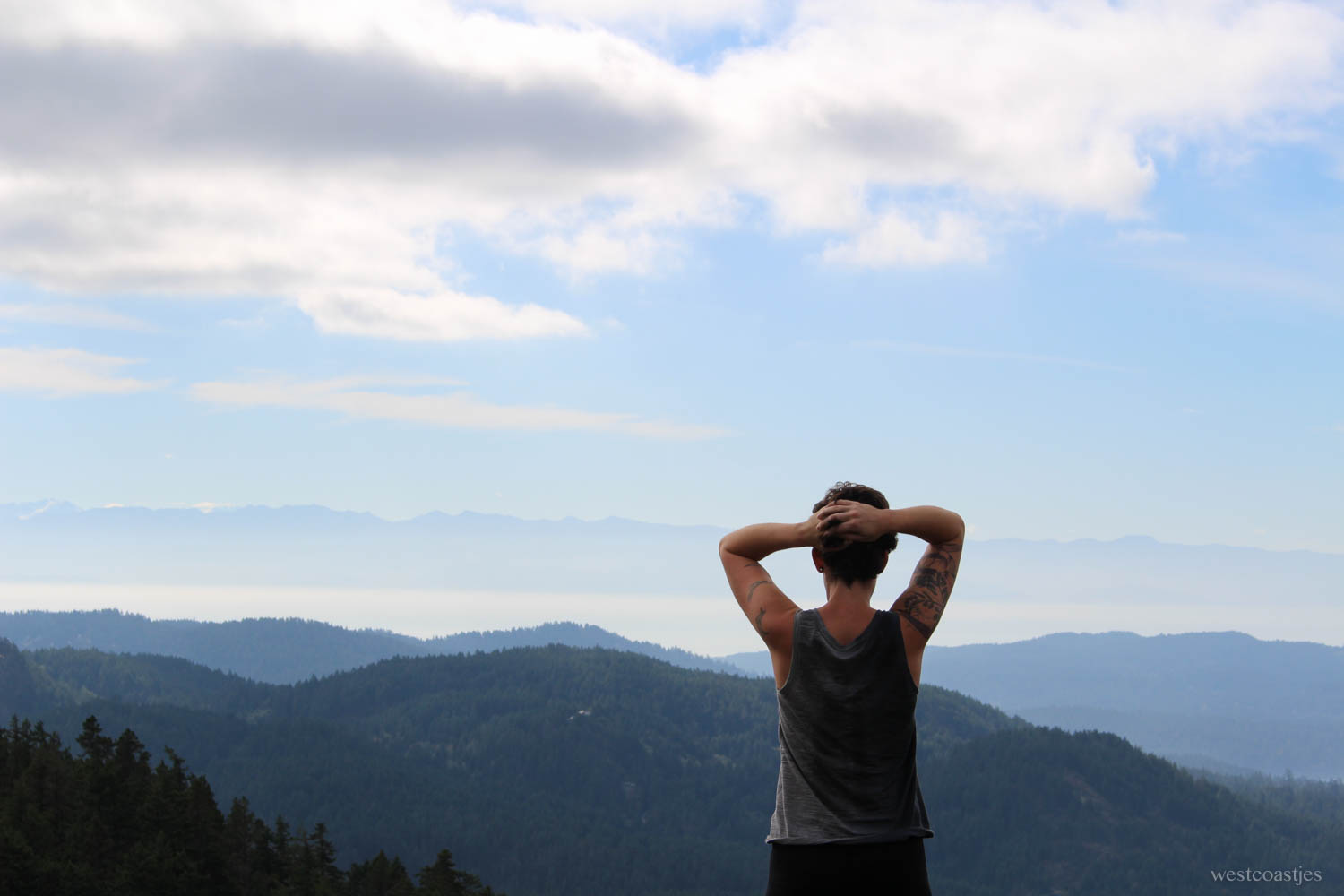 When I tell people I hike or backpack alone, it invites a number of reactions, including:

What is everyone so worried about? 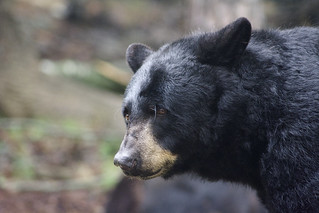 People are very concerned about bears and cougars. Vancouver Island has some of the highest concentration of cougar and black bear in the world, so this is not entirely misplaced.

But the likelihood of being injured or killed by large mammal is extremely low. One study found that 63 people were killed by black bear in 110 years in all of North America.

I  see at least one bear every year and usually it’s when I’m alone, as I make less noise solo. It gets my blood racing every time, but they just scamper away without incident.

Of course many people feel the need to warn me about another large mammal: men!

I put the likelihood of me being attacked in the wilderness by a random man lurking in the bushes somewhere between a cougar eating me for breakfast and being struck by lightening. Scary to think about (if you let yourself) but not going to happen.

I think the likelihood of being stuck on a group hike with someone you don’t like is much higher, so when I am feeling like I want some quiet time … I’ll take my chances with the solo trip.

The view from Crest Mountain, near Gold River BC.

Spending time with no one to talk to, no smart smartphone to distract you and nothing to do but walk can be unsettling. It’s so unlike regular life.

I think this is partially why people say they are so scared of bears or strange men. It’s just a lot easier to say “Scary things hiding in bushes!” than saying “I feel nervous about spending 48 hours with my own thoughts.”

What I’m actually concerned about.

Hiking alone is actually riskier in some ways..

1. Falling and breaking a bone 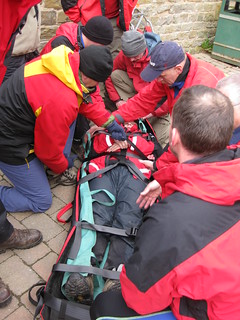 If I was injured to the point where I could not walk out, this would mean that I’d have to wait for someone rescue me. This would be really tough with or without company.

However, it’s not like a hiking buddy could do much to speed up my rescue, since I always have a safety plan and/or communication device.

In terms of emotional comfort during an emergency, I see the perks of companionship. But as someone who’s had some wilderness medical emergencies, this is an informed risk I’m willing to take.

I definitely have not been able to find where I wanted to go more times than I like to admit, especially when not using a GPS. That’s all part of the fun of exploring and not all worrisome to me.

However not knowing how to get back home is a serious problem. Feeling disoriented like this has only happened to me a few times, and it’s been very short lived.

Of course, there is nothing to say that your hiking buddies will know where you are either.  But building up my own navigation skills and tools — that is a solid plan I can count on.

I’m not going to reiterate all the hiking safety tips out there, as so many websites do a great job of it. But for anyone worried about me, I am a very cautious and well-prepared solo hiker. And if you are interested in trying out solo hiking, start small and work your way up to bigger adventures as you feel comfortable and well-prepared!

Hi — fellow alone-hiker in Victoria here. I’m glad to see others unafraid; there is a bit of a climate of jitteriness about the woods among people down here, isn’t there? I grew up somewhere smaller and getting lost on purpose and then finding my way back was one of my passtimes back home. I was surprised at how concerned my university peers were when I told them of looking for good spots to do the same here, especially since at that time I was limited to places I could reach by bus, so getting truly lost was impossible anyway. Then a bit later I encountered a group of people who’d lived here all their lives and thought huckleberries were poisonous, so I now take people’s concern with a large grain of salt — and enjoy the extra berries left for people like us 🙂

Thanks for your comment!! Glad to hear you’re getting out there and enjoying what this area has to offer 🙂

Thanks for this. I do a lot of solo camping in Nova Scotia and try to camp every time i visit Victoria for work. On my last 2 trips i did small sections of the Juan de Fuca trail. This time i want to hike in to Della Falls but my friends have done their best to make me paranoid. Not sure why because i know the stats on animal attacks but having people say “you’re crazy to camp alone” for weeks on end has an effect. lol So i started to googling to see if there are other people who solo camp on Vancouver Island to reassure myself that it’s not a totally crazy thing to do. And after reading your post i feel better again. So thanks. 🙂
On a side note, one of the reasons i love to hike and camp alone is that it gives greater weight to the consequences of your decisions and i like that feeling. And i like the meditative aspect of being alone in the wild with only your thoughts.
cheers eh

Thanks for your very thoughtful comment. Della Falls can also be popular so you may have company … Just like the Juan de Fuca 🙂

This is great! I’ve started planning to do the Juan de fuca solo and I’m getting increasingly excited and nervous about it! Excited for some solo adventuring

Thank you for your story! I am planning to hike it alone and people have been asking me if it was safe. I am not from Canada so I have no clue if it would be safe (in terms of wildlife not men). So thank you for this story and looking forward to go hiking it (end of August)!

Glad it was helpful!

Kudos, that’s a really solid spot to venture. After solo hiking/camping at night to combat ptsd, I’ve found it’s generally the most rewarding. I do however (against other personal principles) have some form of protection with me, laying a sort of safety blanket I’ve come to realize likely takes away from some aspect of being alone in the wild I’ve yet to find. Again, good job & Godspeed. Very cool.

I just finished booking accommodations for a road trip from Saskatchewan to Tofino and back this summer. Hikes are the major part of the agenda and I’m quite frankly terrified of becoming bear or cougar breakfast. Watching endless encounters on YouTube hasn’t helped but finding your article helped slightly lol