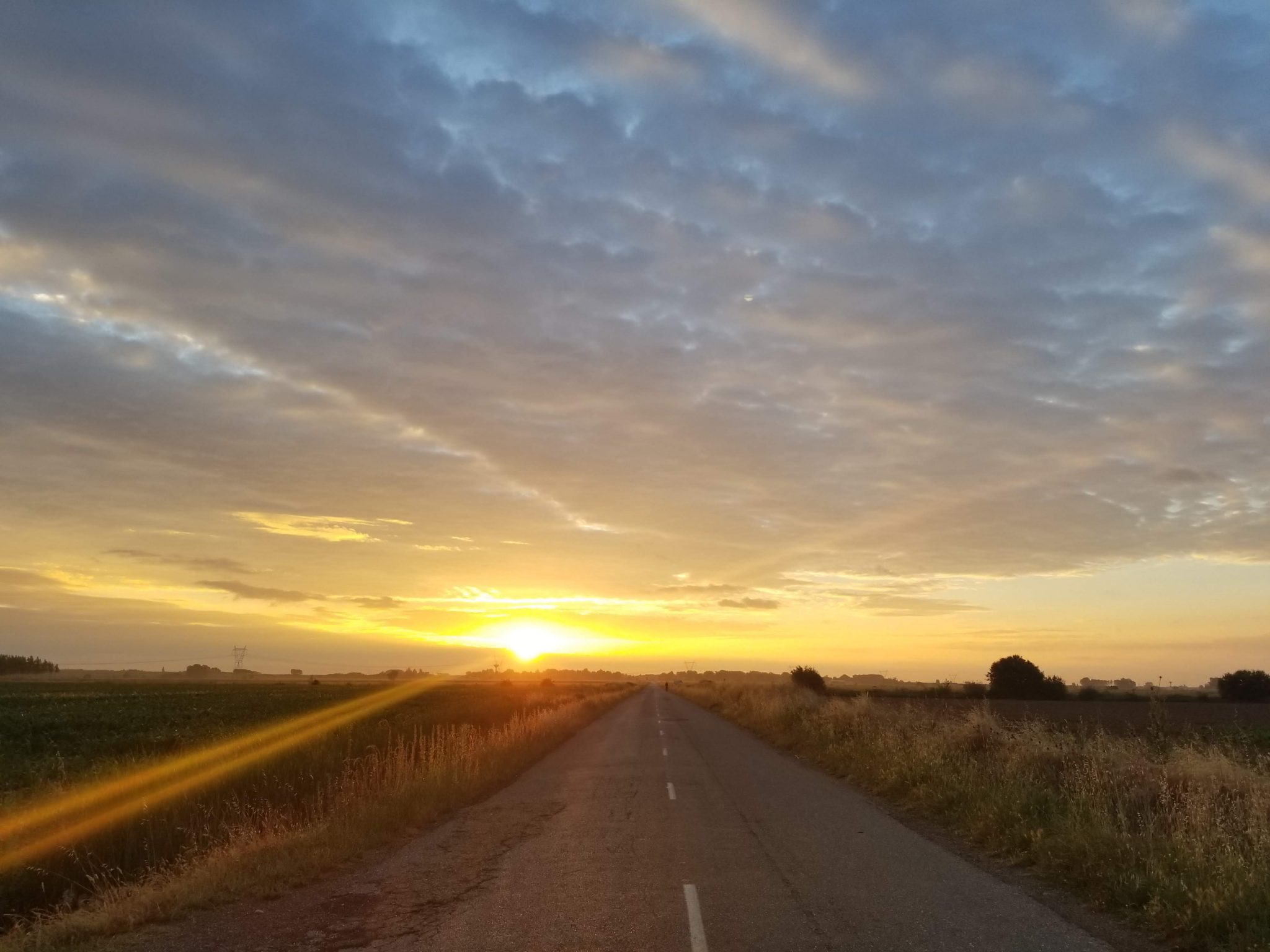 It was day 20 of my walk along the Camino de Santiago. We were deep into the middle section. The flat, desert nothingness known as the Meseta.

I had walked all afternoon on a straight path without seeing another human or car. Virtually no shade. No places to fill up water. Very few buildings or other clues that I was moving forward.

I was prepared physically. But mentally, it was starting to get to me. If I squinted, the trees turned into buildings. Buildings that weren’t really there. 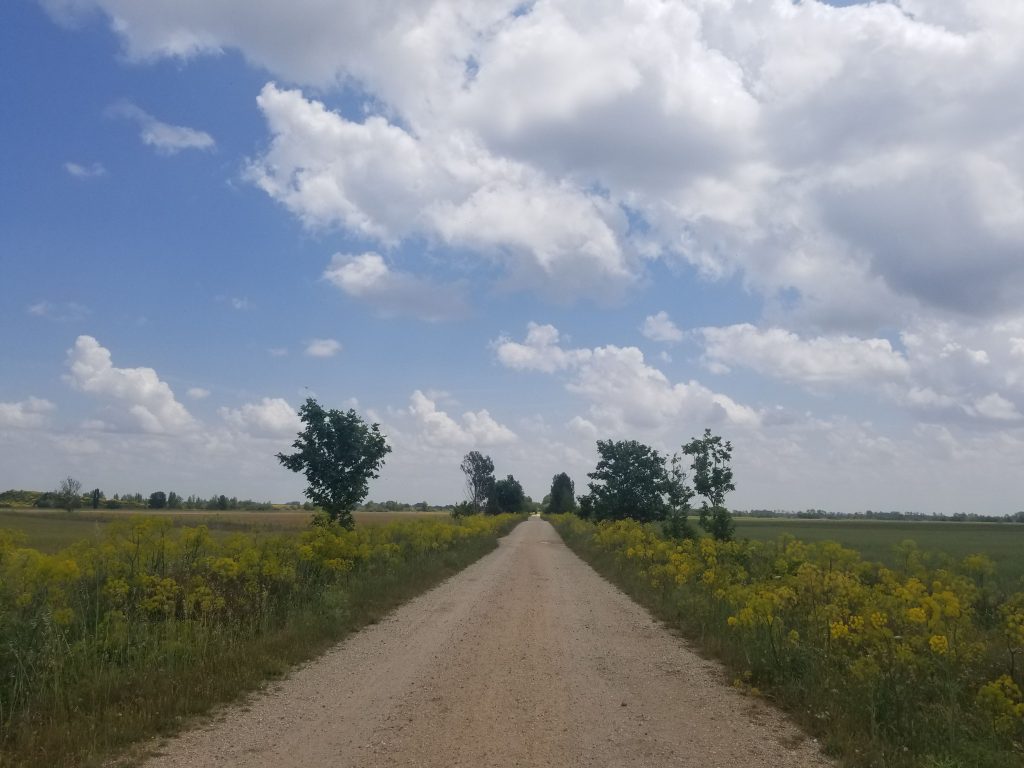 Just then, my friend Cat popped out of nowhere. She had been sitting at a rest stop hidden from my view. She was waiting for me. I was the slowest walker in our group and they had been worried about me. After a quick break and some snacks, we continued heading down the road together.

After not much time, the road dipped down and revealed a little town. A desert oasis! Two more of our friends were waiting outside a hostel with a pool. And they had saved us beds.

I brought my backpack upstairs to leave on my bunk bed. I got my towel and a few snacks out to bring down to the pool. I also grabbed the knobby plastic ball I used to roll out my tight muscles after walking each day

But before I settled into my daily stretching routine, I would enjoy the pool with my friends. I slipped into the cold water.

Out of the corner of my eye, I saw a kid I didn’t know. He was about 10 years old. And he was playing with my exercise ball.

I hopped out of the pool. “That’s mine!”

“Lo encontré,” he replied in Spanish. I found it.

This I was not expecting. I thought he’d just hand it over. What would I do without my exercise ball? Also, how could he have gone through my stuff without me noticing?

“You found it because I brought it down here! It’s mine!” Under normal circumstances, I could have summoned enough Spanish to fumble through this conversation. But I couldn’t think of anything to say.

He repeated that he had found it. And it was his.

I called over to Cat, asking her to help me. She spoke Spanish well. After a short back and forth, the kid handed the plastic ball to me.

I looked at it closely. It was the exact same ball as mine, but had so much mud on it. How had he gotten it so dirty in such a short period of time?

Then I saw the kid running to his mother, who was sunbathing nearby. He was crying.

They came over to us and explained that ball was his only toy. And I had to give it back. Our argument was starting to draw more people, both our friends and theirs, curious about what was happening.

I gave the kid the ball. I felt embarrassed to have started such a scene over a cheap plastic thing, even though it was mine. Embarrassed and exhausted, I slipped off to bed by myself. 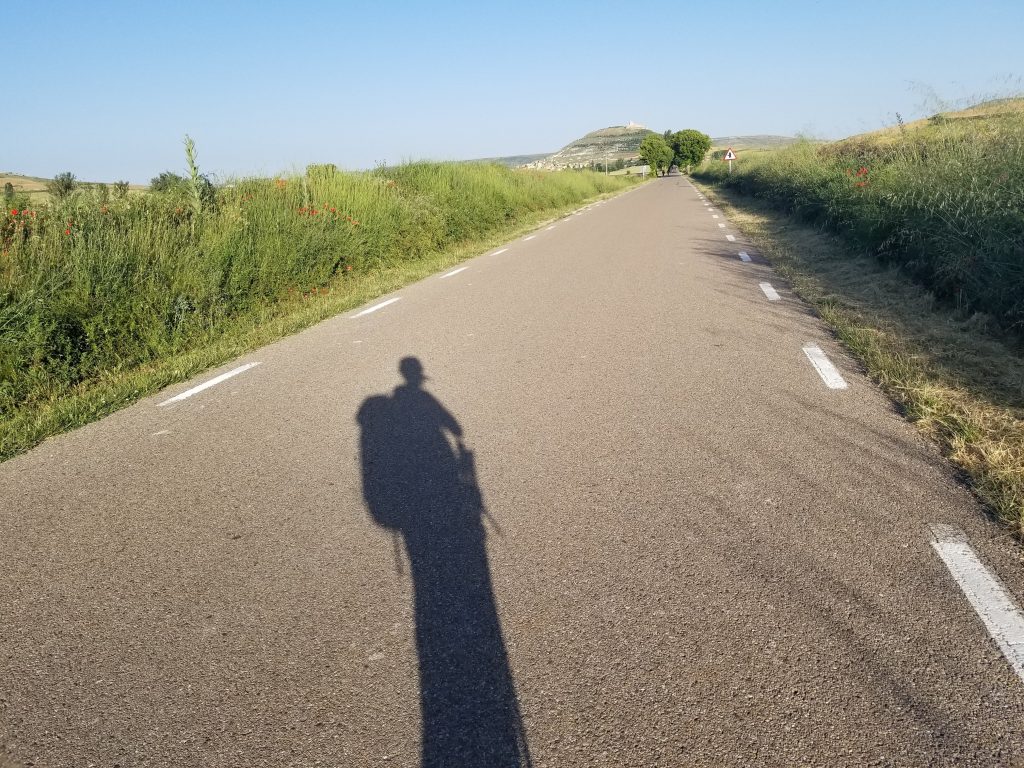 When I got there, I saw a black plastic ball on the floor.

My ball. There were two perfectly identical black plastic balls at this hostel. My ball must have rolled away from me before I even got downstairs.

No one was around. For a second, I thought about throwing it away. Lying seemed easier than admitting I had been wrong.

But for selfish reasons, I knew I could not.  At the beginning of this pilgrimage, I had decided that I was going to be as honest as possible.

At home, I often tell little lies. Just to smooth things over, so I don’t have to explain all the unusual things I’ve done in my life. And risk being judged for my choices.

So on the Camino, I was trying something new. I had made a practice of answering people’s questions honestly. And it led me to this amazing group of people that I was travelling with. People who truly accepted me for who I was and now felt like family to me.

So I went back downstairs and went straight to the kid and his parents. And I apologised. I later even offered him some Oreo cookies to try to make things right.

“No pasa nada,” his mom said. Nothing happened. Don’t worry about it. 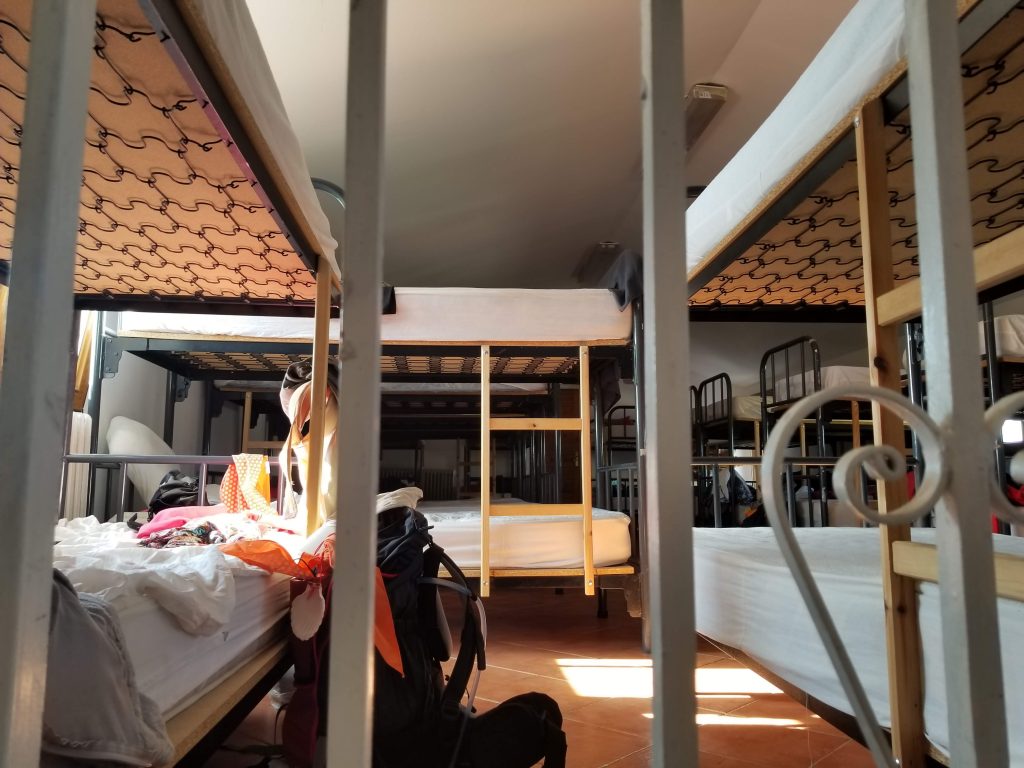 I still tried to avoid the family the rest of the day. I felt so embarrassed.

Luckily, I’d never have to see them again. They were on cycling and we were walking. Tomorrow, they’d be all the way to the next big town, Leon. I still had days of walking before I got there.

The next morning, our group walked kept walking through the desert. We all stayed at an amazing monastery. Two warm and charming priests were our hosts. After Mass, there was a potluck dinner. We cooked a quinoa salad, which was gobbled up quickly. I felt the glow of being part of this community with my dear friends.

At the end of the dinner, one of the priests stood up.

“I am very sorry to have to share this bad news. But I’ve just learned that a family on the Camino was hit by a drunk driver. They were cycling into Leon. The parents were killed immediately. Their 10 year old son is in the hospital.”

In my gut, I knew it was the family from yesterday.

The priest invited us to close our eyes and pray for them. When I closed my eyes, I saw them.

The mother had funny tan lines from her exercise top. She had been sun bathing, probably to try to even them out. Now it didn’t matter anymore. She was gone.

I knew what the kid looked like when he was crying. I kept thinking about how much he was crying now. Who was going to look after him? 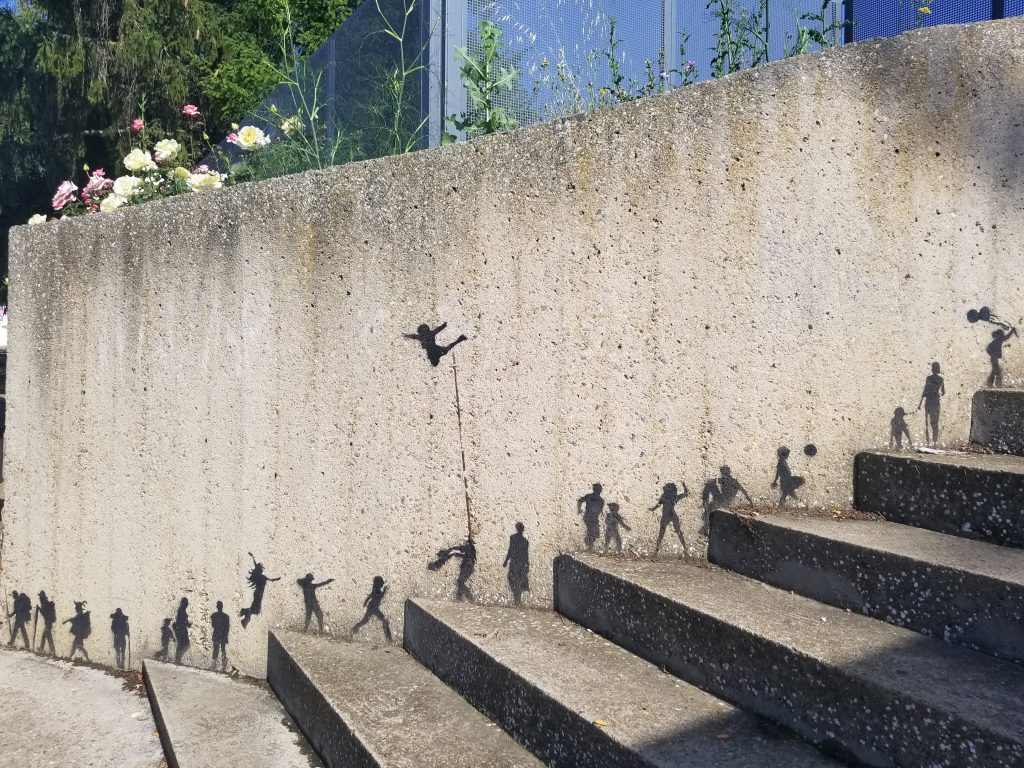 After dinner, my friends and I huddled together with our phones, trying to find decent wifi. We searched for news stories about the accident, looking for photos and more details. We were able to confirm what we already knew was true. It was the family from yesterday.

Some of my friends felt it right away. They called loved ones. They cried. They had a hard time sleeping.

I felt nothing. I went to bed.

What right did I have to even be upset? I didn’t know them.

The next day, I could barely walk. Everything hurt. I made it a few hours before giving up. I sat in a bar drinking wine until the hostel opened.

We were getting closer to Leon.

That afternoon, I read the guidebook while laying in bed. I felt nervous, though I couldn’t really say why.

The guidebook said the last day of walking into Leon was very dangerous, as it was along the highway. Is this where the accident had happened?

The book recommended taking a bus. That settled it. We would take a bus.

The next day, we walked to the bus station. My body hurt in a way that pain killers could not touch. But I made there.

I had wine for lunch. This is not something I could say I had ever done before. I am famous for being barely able to finish one drink at parties.

By foot or by bus, most of our group made it to Leon that day. We were all were exhausted. Almost everyone decided to take a rest day. But not me.

“I have to get the fuck out of Leon.” This the only clear thought I could muster.

I had a microwaved meal from the grocery store. No wine. And went to bed. 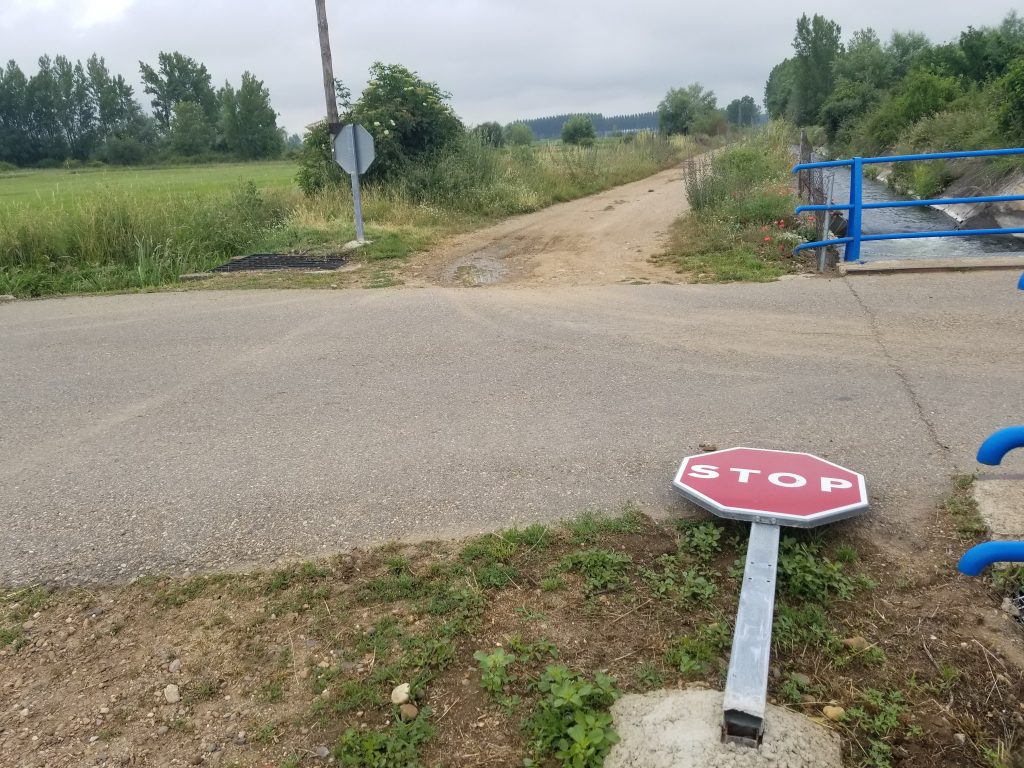 The next morning, my friend Jonathan and I started our journey out of Leon.

We were leaving the rest of our Camino family behind.

I could scarcely walk. Every step caused stabbing pain in my knees. I barely made it far enough to reach the next town with a hostel. I laid in bed trying to rest.

Emotionally, I felt nothing.

Jonathan went to a bar to watch the World Cup. I did not join him. 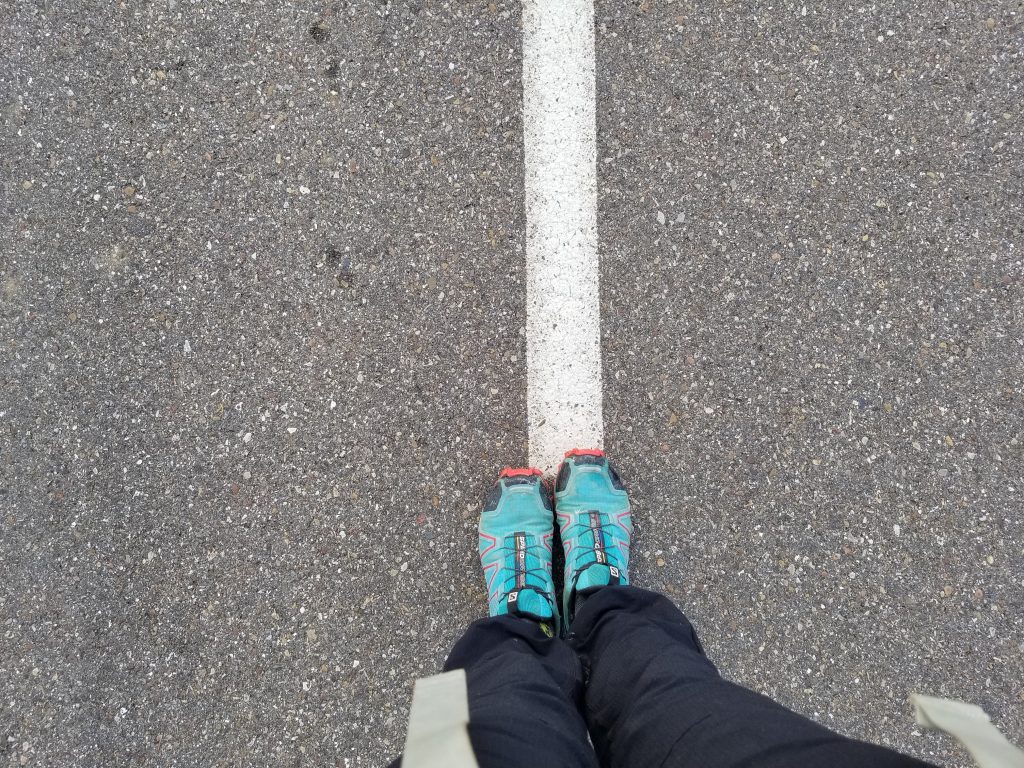 That night, I called one of my best friends from home. I stayed up late talking talking to her. The mosquitoes had come out and they were biting my legs. Everyone in the hostel was asleep.

I told her what had happened. The stupid ball story. And the accident.

What did I have to take care of myself for? I was just walking.

The next day, the path diverged. Jonathan chose the scenic path. I took one look at the crowds heading in his direction and decided to take the direct route. No one else was there. And I needed to be alone.

As I walked, I thought about how lucky I was. And how there was absolutely no reason why I was the one walking. And that family was not. I wasn’t more deserving. I wasn’t a better person. I was just lucky enough to not be hit by a car.

I was so busy thinking that I think I forgot to be in pain. I walked and walked all morning without stopping. And then I just kept going all afternoon. Before I knew it, I had walked more than I ever have had before in a single day.

Though it was an remarkable physical accomplishment, it didn’t really matter to me. I was now far ahead of all my friends. Would I spend the rest of my walk alone? 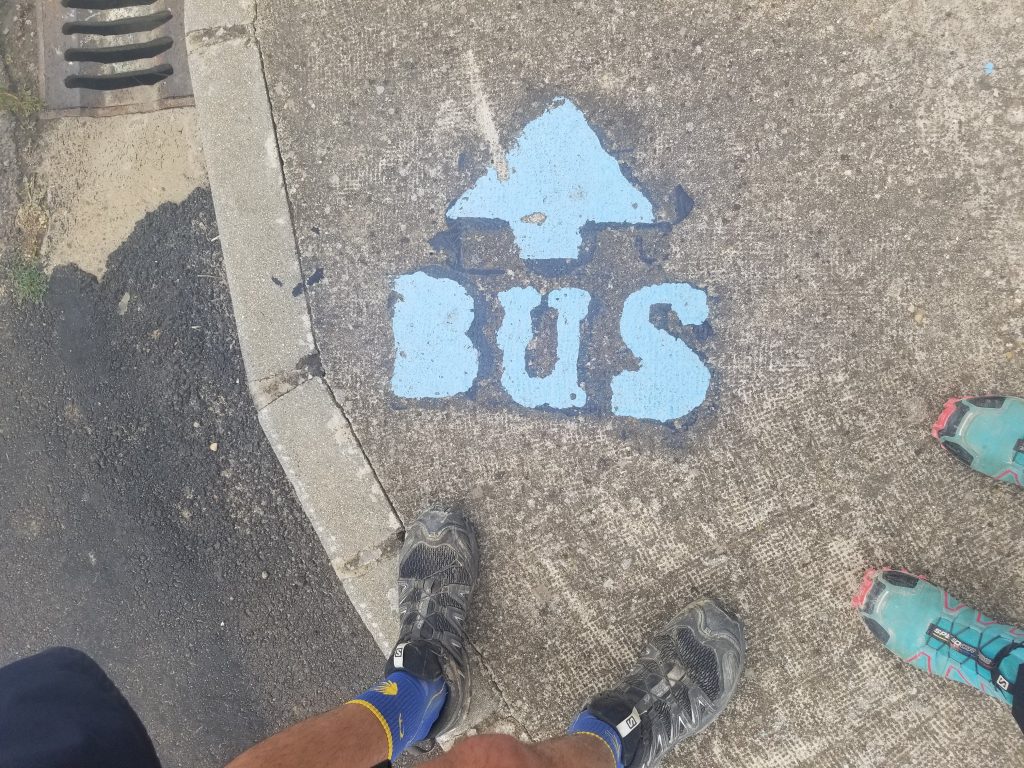 As I arrived, I bumped into a group of amazing people that I had met at the very start of the Camino. I hadn’t seen them in so long.

We spent the rest of the day together and the evening too. And the day after that. And the next one too.

And slowly, I started building my community back up again. One conversation at a time.

Five books and movies to inspire you to...

Jes,this is a very special story, and an important part of your Camino. Thanks very much for your brilliant talk last night: You write like you speak, and that’s a gift.
I agree: This is not a story about a “stupid ball”, but it’s a real life story about pain, forgiveness and about being honest. And how being alone with your own thoughts of lucky to be alive, took your pain away and encouraged you to continue.
Keep walking and writing,
Deon

Thank you so much for coming — and for your kind words!