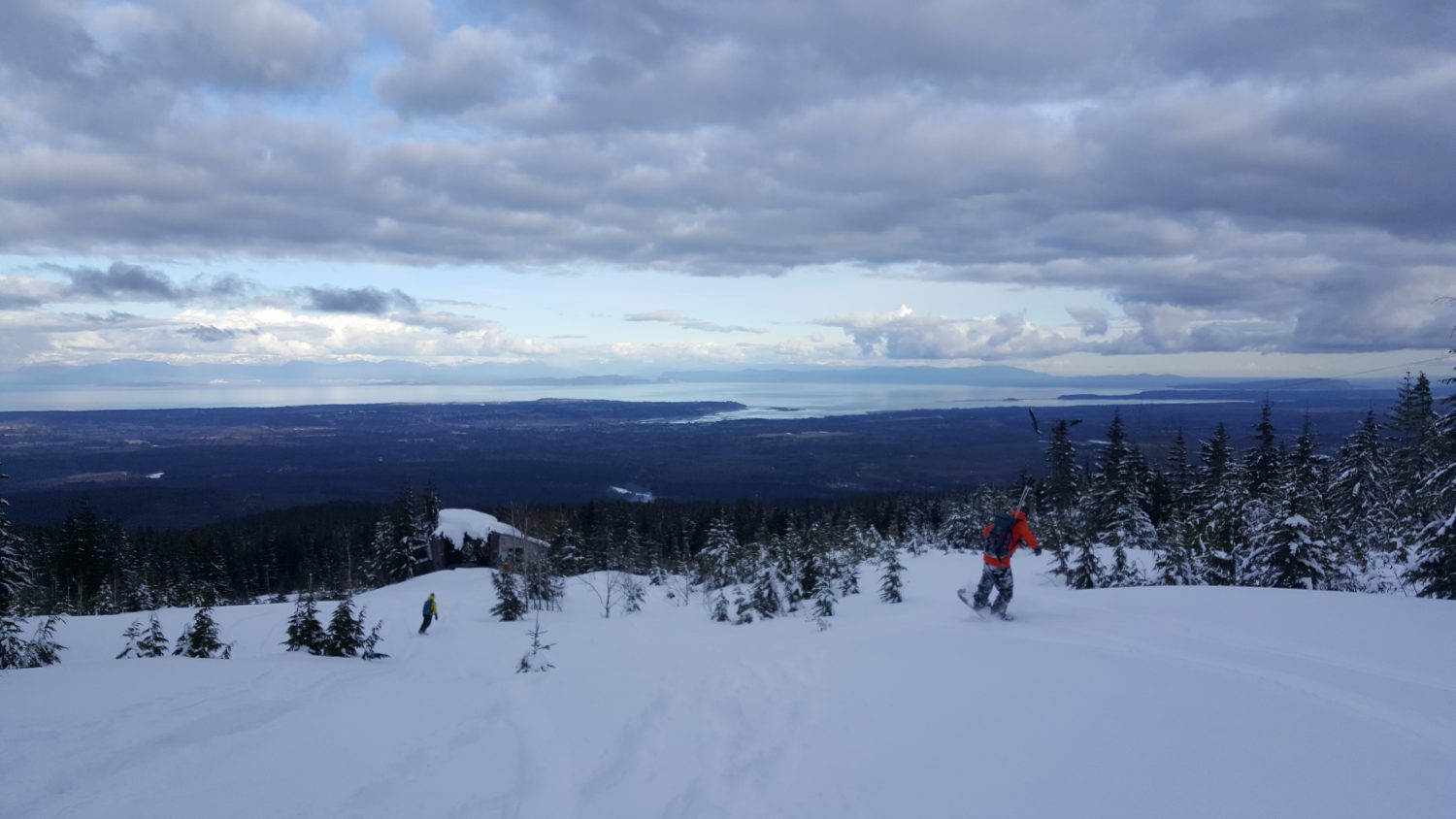 This year I knew I wanted to try backcountry skiing. Not because I love skiing or anything. I just wanted an excuse to spend time in the mountains in the winter.

When you go backcountry skiing, you use special skis that let you “walk” without sliding backwards. When it’s time to go downhill, you make a few adjustments and then off you go.

It is sort of like skiing at a resort except you have to walk up the hill instead of having a chairlift carry you. But with some important differences…

One is that no one is managing your safety for you.

So I figured it made sense to start with an avalanche safety course with Island Alpine Guides. My new friend, Sam, from the Alpine Club and I signed up together.

Before we got started, I had no idea what we could possibly talk about all weekend. After it was over, I realized we had just scratched the surface on the many many ways snow can kill you.

After that course, for some reason we still wanted to go skiing.

So Sam and I rented some backcountry skis and avalanche safety gear. And we decided to see what we could do on our first meander up a mountain.

Lucky for us, our much more experienced friend joined us so he could put some miles before his upcoming European ski trip. Thank goodness he did! Or I not sure we would have gotten very far…

We went to Mt. Becher in Courtney. There used to be a ski resort there some time ago.

Abandoned building from the former resort near the “parking lot.”

Getting the sliding walking motion with my skis took a bit of practice, but I eventually figured it out.

As we were silently moving through the white trees, I was so moved by how beautiful everything was.

Near the top of Mt. Becher, we stopped to do some tests on the snow. The avalanche bulletin said the risk was considerable in the terrain we were about to move into. This means human-triggered avalanches were probable.

People were carrying on ahead of us and had already been up there that day.

However, given our low risk tolerance and inexperience, we decided to turn around. However, was really neat to do the tests on the snow that we learned in our avalanche course in the those conditions.

It’s steeper than it looks

Dave popped up for a quick run down this fun looking hill while we ate lunch at a safe distance away. He brought back some pics of dodgy snow he had navigated around to get there.

Now downhill. The part I was dreading. Dave thought I was joking … until he saw me ski.

Skiing in a tiny bit of powder for the first time, while wearing a backback, after I had walked up a mountain all day … this was a level of difficulty I had never encountered before.

Powder … why are you so mean?

I fell down what felt like every few minutes. Then I had to begin the arduous process of picking myself up. Everything except my skis sunk into the snow. My arm was disappeared up to my elbow. Ski poles were swallowed completely.

I haven’t been this bad at anything in a very long time.  But the tranquillity and beauty going up made it worth it.

Looking forward to getting less bad at downhill skiing … and then giving this another try!